IllegallySam has won 10 out of 15 achievements.

In a peg defying feat, score 20 million points in a single play-through of Adventure mode.

Complete Adventure Mode and earn your degree from the Peggle Institute.

Win a 4-player Peg Party by a whoppin' 100,000 points to acquire everlasting coolness.

Winning a Peg Party is way better than playing with a ball of yarn!

Bust out all your Skillz, Bounces, and Slides for 1 million style shot points!

Rack up the score or hit the bucket for 3 free balls in one shot.

Clear all the pegs in a level. It's pretty extreme, but you look up to it. (Except Duel)

Hit the last orange then the last blue to rack up a Cool Clear. (Except Duel)

Cure your need for fever with an Extreme Fever. (Except Duel)

Complete every level in Challenge Mode and even the Peggle Masters will be impressed.

Doctor of the Peggle Arts

Clear all pegs and bricks in every level in Quick Play or Adventure mode and gain explodious fame!

Complete the Peggle Nights Adventure mode. You'll know everyone at the Peggle Institute!

Complete all of the challenges in Peggle Nights Challenge mode.

Hit 13 purple pegs during a single level with Marina in Adventure or Quick Play modes. Pretty! 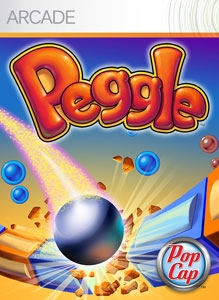